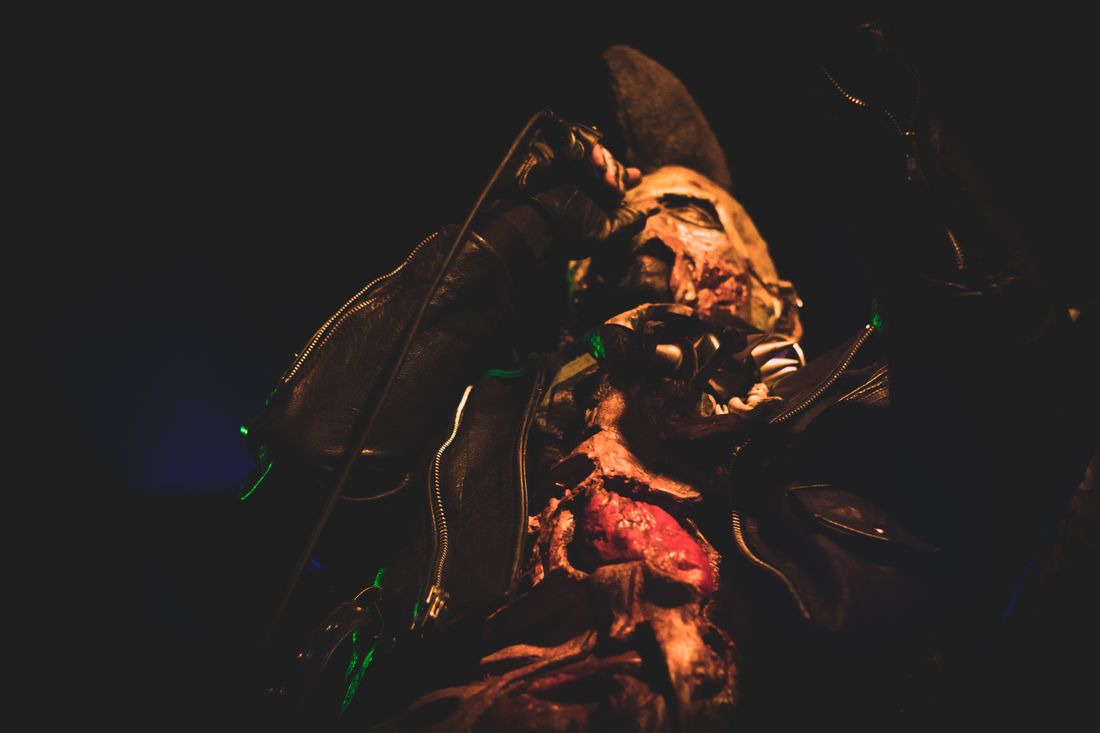 Like always, we don't read up much about the bands we go see until after. We enjoy the element of surprise and Saturday night we were not disappointed. We wanted to see By Octopi rock the stage of Lee's Palace. The last time we were there was for the local legends;  The Metz so we expected a kick-ass show. For those who are not aware of Toronto's history of Lee's Palace, it's thick, I remember Much Music promoting its name for some pretty epic rock shows in the 90s, and for the younger generation, especially us nerds will remember this venue from Scott Pilgrem vs The World.

The lineup consisted of Hysterics, By Octopi, Phantom High and Blood Opera. To our dismay, we had to miss the first band because of a work-related schedule conflict. Much apologies that we were not able to catch Hysterics set but we made it within 10 minutes to spare for By Octopi.

Featuring 2 new members in the band, they played their heart's out and didn't miss a beat. It's like seeing family members rip apart Lee's Palace. We all stood in awe to see people we deeply care about smashing the place into submission. Kyla's voice was loud and clear and was truly a highlight, everything was balanced and sounded amazing!

Next up to bat was Phantom High, the lead singer strutted upon the stage with vivacious sex appeal and that of a dream and to some a nightmare. They nailed their sets with screaming vocals sending shivers down your spine. Not only were they a pleasure to watch, but they were also a pleasure to photograph. Darkness and beauty.

After their set, we were exhausted and we thought about going home, however, we decided to stick it through and boy we were glad we stuck it out. The next band was Blood Opera! Oh Man! What a spectacular show! It began with a sword swallower; including a volunteer from the main floor. The music brought me back to one of my favourite musicals called Heavy Metal. Connected deep into nostalgia, it took some of the best pieces of 80's horror flicks from killer clowns, Friday the 13th and a stunt goth who shocked the room with her impressive skill with pain tolerance and needles. Modernizing it and making it their own, they nailed it from music to performance.

Needless to say, we remained until the end which had a dummy wrapped in a garbage bag and tape bobbing up and down through the crowd. Clearly a recipe for an incredible night. This honestly was one of our favourite shows I've been to in a long time. Everything tied together perfectly, the bands all complimented each other, it had a proper flow and kept us wanting more. The theatrics and setup of the event added to the vibe of the night and tied together perfectly with the lineup. I also realized I need to get some of those STMV earrings.

Thank you STMV for the fantastic night, and thank you to all the bands. We now have become your fans!