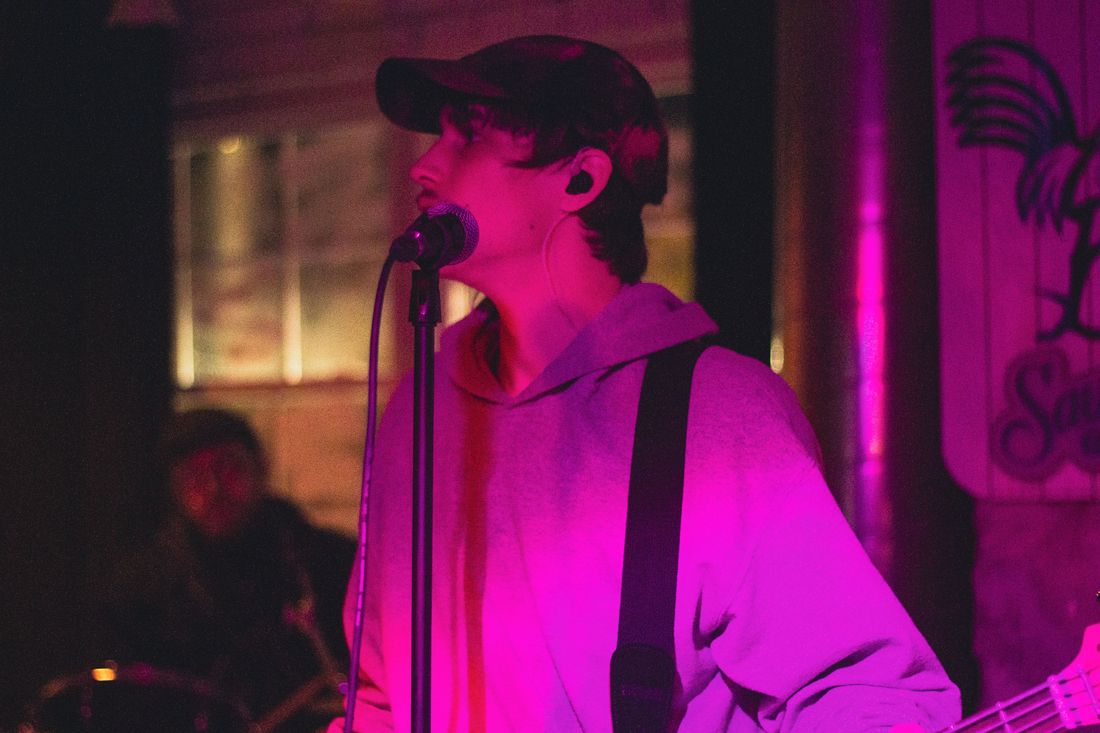 This week's adventures lead us to come to see one of our favourite people in Toronto, Kyla and Kazik play in their large-than-life-sounding band By Octopi. We sadly missed the opening band because they only had a 30-minute set time but we hope to catch them next time.  The band is called Gaijin Smash; they are a Japanese/Canadian Punk duo, and was absolutely gutted to have missed their set since I saw their latest video on youtube and wanted to check them out. I was able to snag a couple of photos but they don't do them justice.

Next up was the biggest reason we got off our tired butts to go to our little home of Living Colour, to get smashed in the face with some heavy marshals amps and feel the adrenelin and pierce through straight to our hearts of raw female vocals. Fantastic set and we are glad we came. It's really nice to have a female vocalist command her presence on stage, powerful and strong, she is a local hero of mine. This is one of my favourite parts of the night, and one of my favourite times to photograph. Kyla connects so well with the crowd and is backed by an incredibly talented band.

The night continued with heavy guitars and energy soaked explosion with Miss Conduct. A whole female band, which is a rare thing to see. The stage performance on this show was through the roof, they all had their distinct identity to the stage, which all added to the show. The lead singer's presence shone as she came to life on stage and seduced the crowd with her mic that resembled old ribbon mics found in studios long ago, giving a retro feel. They played a lot of favourites and had the room eating out of the palms of their hands with their presence.

Heartbroken we had to leave early, we would have loved to see Shot Down Twice again, especially to get photos they have become the elusive unicorns since the last time my camera was not working, although I really enjoyed their show at the Bovine. The vocalist blows my mind and brings me back to a place in rock I surely missed. Loved and not forgotten, I will make sure to see them next and photograph them; including Gaijin Smash.